I was just wondering if the increasing strength of our defense system has really helped in controlling the number of deaths and various destructions and wars. I am ofcourse far from the actual facts and figures. 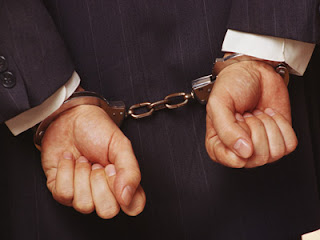 And so the 80000 police force in nation capital . They might be doing their work and might have solved several cases and might even have saved few crimes from happening. But still murders, robbery , rapes , gang rapes happen provoking the common people  to react , shout at the system .
But they forgot that loss has already happened . And in days to come they themselves will return to normal life till the next crime(for it to come under highlight , this one really has to be a lot severe and must happen with urban man or woman) happens. And in this I have more then 100% faith. For rapes , killing has been happening for more then a century . And also the frequency of those crime has only been increasing irrespective of government in charge , number of police force and our defense system .
And the fact remains that we can never really eliminate from our society. What we can wish for is the decreased frequency of crime. And for this we have to start from the ourselves  We can learn from those nations which has decent history considering crime.

And regarding rape it starts from individual , from individual's mind. I am stil sure the rape case recently occurring in delhi surely would not be conscious  pre-planned. But their (rapists) subconscious must have informations enough to validate this crime. And this subconscious is what which stores our history. The family , the friends circle , the way we have been brought up. And hence the care should be taken there. How often we ourselves would have teased or atleast felt tempted to do so to girls in public place . The reason being we (most of us )live in society   where girls remain  alien to us or e never been told to see girl for then just a mere body.
From our very own family sons are always given a lot more attention then girl child. Increasing cases of foeticides itself reveals that girl child our always looked with shameful eyes. And when the same girl grows up and is raped, same mother cries because she is not able show his face to society. her father would perhaps never talk to her. Society will never accept her. Instead of empathy they can show all they care is to protect self made brittle pseudo respect in the society.
and I think the very basic architecture of this has to be changed. Lets start from the equality. We condemn Wests for its multiple affairs , divorce and at them same time happily accept the rape cases here . We reserve special seats for ladies in bus , train , colleges. Our very basic government structure and as well as family structure encourages these crime by representing girl ha a weak symbol. And when rape happens we grimace our face in such a way as if something so miraculously bad has happened.
Lets start with primary education. Lets the coming generation know that girl is no less then a boy. Let them see  the beauty of simultaneous  prospering of both the gender in even climate and respect each other. Lets give space for love , shifting our anger , pride , self. And it will take time but result will be what we all want.
Posted by ashish kumar pathak at 6:24 AM