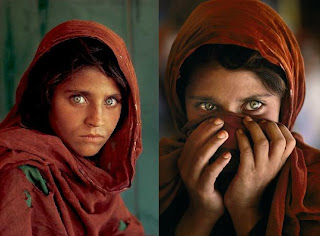 Reading 2 books by khaledi hoessini  and watching few documentaries in recent past I have only  come closed to this unique country and few others quite similar in one particular respect.  The thing which most intrigues me is the situation of women here.  Concealing her face all life under  a veil , dumb to every male unless married , life confined for only two activities mating  and cooking and being ignorant from the millions other things which she could do.   This I can say  with even more gravity after  my gaining some experience  in womenology.
Doesn’t matter where are they from they all dream  , want to smile , dance in rains , learn , compete  head to head with boys ,have liberty , fall in love , kiss , hug, travel , talk , shy , and list goes endless. And when u know there is a corner in this world where girls don’t even know to dream.    And if they do their faces are burnt with acids , beaten on the road ,sexually harassed in midst the crowded street , shot headfront , forced to become whore  and the list goes on.

I would think India has only got the women in critical stage  but the reality  is thousand times severe , critical in Afghanistan , Pakistan , Iran  and few others.  Yes since the Taliban left Afghanistan situations are being healed though at ant's pace . But it all looks swinging like pendulum.  For serious issues such as these it should become an international affair. Countries which claim themselves to be the most powerful , United Nations shall make a separate department for handling these issues. And then it’s a matter of time they continuing this noble work.
Else just like tigers being extinct from earth we may lose a large portion of women( I mean the feminineness , emotions , dream  of a feminine, of course   physically still perfect for animal humans) in near future.
Ultimately all comes to awareness , what influences us what we want to influence , our range of greed , being self-obsessed , ignorance , courage of an individual . Because neither India nor us , Germany or Japan were at peace from the beginning .  Someone struggled , leaded , had courage to do 1st .
Like they said  it was all the matter of choice and its still now and will remain a matter of choice.