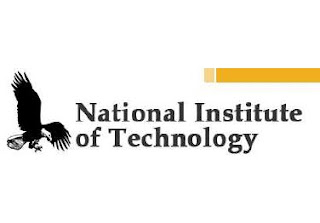 I study in a Nit (Nitc) reservation of 75% makes this name more audible then the national tag it has been associated with.  People out see it as a lack of opportunity we here see it as opportunity for the majority of minorities .  And this makes these Nits full of students from almost all backgrounds.  Though almost 70 % still are from more then well fed family but  those 30% constitutes the real matter within these Nits.
To mention a few , we have got  student whose father is a vegetable vendor , or someone who could not  have ever dared to dream to come here if there would not have been the initiation of Navoday Vidyalay across the nation. There even those whose parents toil hard to earn 8000rs . And there are student in realm of permanent handicap , be it inability to walk , speak clearly , spinal cord twisted unnaturally , dwarfism and many .    And yes like these we have got again millions of handicapped people and economically backward people across country  . . But the story here is different , at least in many of the cases.   And this takes  a time to know , a while to understand , a moment to ponder and make a  conclusion .
after coming here soon I made so many friends and was fascinated by those companies which comprises of so called "dudes" here. I inevitably one among them had a way of doing subconscious classification on the basis of looks , money , rank and many most superficial qualities . And this went  on unless you spend a time or few with someone . And the times makes the "layer within" visibility always proportional to itself . And then the company changes , friend changes  , new friends are made and again with time you know them better and its during this time you know the real substance which truly makes this or that guy better then the rest , better then a thick pocket guy or wiser then nation's best school student ( not best but the most expensive schools)  .
When you know their story then I realize how shallow is my achievement in front of them . Enrolled In two year course in the most expensive institutions  , sent to kota or Hyderabad toiling all night with only those few newtons equations and then coming with the such flying colors  that  everything becomes invisible in those colors of pride . And when you meet him  studying all by himself , whose parents earn just enough to buy him few notebooks and hire few books and then coming upto here. Or him or few other who couldn’t have been here if their school education wouldn’t have been free . Or like him whom voice hardly you can understand and yes  he is here by reservation but he justifies his reservation studying all day and night when we self called intelligent guys having party outside .

Well the problem is not that we party neither they toil hard and also problem is not that they are rural or talk in a rural tone and we in super urban English vocal .  Problem is also not that they are poorer or we are rich or they cant afford as expensive  cloths , watch as ours . Problem is we apply the differential formula here as well , how can he who can just by his level of volume he speaks  decide that the other one with rural appearance is a bull shit in front of him . Problem is if he cant be as arrogant like you that doesn’t mean you will humiliate him just because you here in majority . And just because he cant speak English as well  (is master of his national language though)    doesn’t meant he is talent less.  And just because he doesn’t look that good you cant ostracize him  or just because he cant speak to you as clearly or he is a bit shy you cant be walking blind onto him .
They are here because of their talent , lets respect them . Lets not be mistaken by superficial insuffiencies .   for the unsaid words always have been the most powerful ………….
Posted by ashish kumar pathak at 1:44 AM